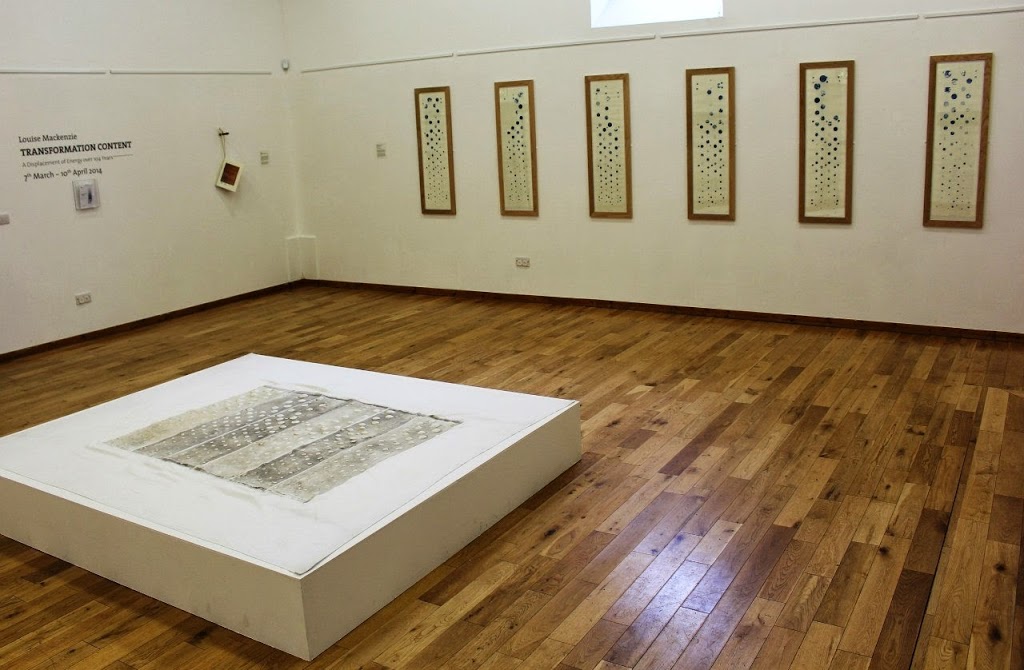 Commentary
Community
21st March 2014 By Tim Hutchings
0
Dr Tim Hutchings (Durham University) reflects on the themes of memory and community in Louise Mackenzie’s show transformation content and what community might mean within contemporary society.
In transformation content, Louise Mackenzie defines “community” as “a social group built around common beliefs, shared memories, songs and stories”, and asks how this kind of social group has been transformed over 100 years. Has a once-solid community decayed and dissipated in Gateshead? If so, what has emerged to replace it?
The fear that “community” is being lost is common, and often blamed on new media technologies. Sherry Turkle, for example, has argued that social media, mobile phones, robots and machines are encouraging us to expect “more from technology and less from each other”. Turkle claims we are learning to be “alone together” (the title of her book), staring at our little screens and ignoring the real friends and families around us. Instead of speaking face-to-face, we prefer to send carefully-written text messages and status updates to create an illusion of wit and style, while blocking anyone we would rather ignore. In the process, we give up our privacy and allow companies to record, analyse and sell the details of our lives. We also begin thinking of the people around us not as a community we belong to but as an audience for our online performances. Similar ideas have been made popular by Nicholas Carr, who argues in “The Shallows” that the internet is destroying culture, society and our ability to think by changing our brains.
This kind of concern is nothing new. In the 1990s, Robert Putnam diagnosed a collapse of community in the USA in his best-selling book “Bowling Alone”. Writing before the new digital technologies that worry Turkle and Carr, Putnam argued that enthusiasm for joining anything – bowling leagues, sports clubs, political organisations, churches, and pretty much anything else that involves attending meetings – had collapsed in America since the 1950s. Putnam identifies many factors behind this decline, including the rise of a new, more individualistic generation, the growth of sprawling suburbs and the limited free time available to families when both adults have full-time jobs, but above all he blames television. Television encourages families to stay at home and be passively entertained, encouraging laziness and stealing time that could be invested in a local community.
These ideas weren’t new in the 1990s, either. In the late 19th century, German sociologist Ferdinand Tönnies argued that there were two kinds of social group: Gemeinschaft (which can be translated as “community”) and Gesellschaft (which can be translated as “society”). Gemeinschaft is based on common beliefs and stories, supported by family, tradition and religion, and can be found in the rural countryside. Gesellschaft is the form of society found in cities, where individuals with quite different beliefs and customs try to benefit themselves and must be forced by the laws of the state to obey rules governing their behaviour.
Tönnies, Putnam and Turkle are all arguing something rather similar, more than 100 years apart. We once lived in close-knit communities based on shared beliefs and loyalties, but now that has disintegrated, replaced by a world of self-interest, competition and commerce. Community has been transformed, and not in a good way. But there’s a problem here: if community was destroyed by cities in the 19th century (Tönnies), how can it have been destroyed all over again by television in the 20th century (Putnam) and digital media in the 21st (Turkle)?
Perhaps “community” only ever exists in the past. The memory of “community” works as a contrast to our everyday experience, an imaginary ideal that allows us to use the past to criticise the present – like the classical mythology of the Golden Age, or the Christian story of the Garden of Eden, but located just a generation or two before our own time. The imagined idea of “community” functions as a secular version of the “Kingdom of God”, a Christian belief that locates social perfection in the future rather than the past. Whenever our world threatens us with change, critics can use the “community” of the past and the “Kingdom” of the future as two perfect, imagined worlds that demonstrate the distance between reality and our ideals.
Look again at Louise’s definition of “community”. There are four parts: a community is a group of people, built through human activity, sharing beliefs and sharing memories of their history together– or, as Louise puts it, sharing stories. Community takes work, and it means spending time sharing experiences with other people. We could add a sense of belonging, as another key part of what it means to be in community. But this definition is very broad and flexible, and it isn’t restricted to the past or to the imagination. Communities that meet these five markers have not disappeared or lost their value, even though they have been transformed over time.

For example, the rise of cities, cars, televisions and now digital media really have changed our relationships. As it becomes easier to travel and communicate over long distances, it also becomes easier to work, shop and find entertainment without relying on our local neighbourhoods. We still build relationships, share stories and feel a sense of belonging, but we aren’t as closely tied to family or geography when we choose who to connect with – and we have gained and lost much through that change. Instead of retreating into isolation and living “alone together”, as Turkle claims, we are now learning to adapt, thrive and intelligently critique this new form of society. Sociologists like Heidi Campbell and Nancy Baym have shown that we can use digital media to build close-knit online communities, or to network with people who share our interests around the world. According to Barry Wellman, Lee Rainie and Manuel Castells, we now live in a “network society” in which powerful new kinds of collaboration are bringing great benefits to politics, business, education and human relationships, while leaving some groups isolated. Bex Lewis and danah boyd (who doesn’t approve of capital letters) have both published great new books that help us to challenge the never-ending stream of panic-inducing newspaper headlines about the terrible dangers of the internet for young people, while identifying issues that deserve ourgenuine concern. “Community” has not been lost or destroyed, but transformed – a process that Louise Mackenzie’s art helps us to visualise and understand.

Dr Tim Hutchings works at CODEC, a research institute based at St John’s College, Durham University. He is currently the full-time Leech Research Fellow and is working with CODEC and local church congregations to create a new “digital pilgrimage” route between Durham and Lindisfarne. Tim is a sociologist of digital religion. His PhD (Durham University, 2010) was an ethnographic study of five online churches, exploring new forms of worship, authority and community emerging on the internet.
transformation content is on show at The Holy Biscuit until 10th April. The gallery is open Tuesday-Saturday 11.00 – 16.00.  Free guided tours of the exhibition by the artist are available for groups. Please contact the HB office on 0191 447 6811 for more information.
transformation content is generously supported by Arts Council England, Durham University, Newcastle University, The Jerusalem Trust and The Methodist Church of Great Britain.
Read interviews with Louise about her work at Corridor 8 and Peel Magazine.
Share this...