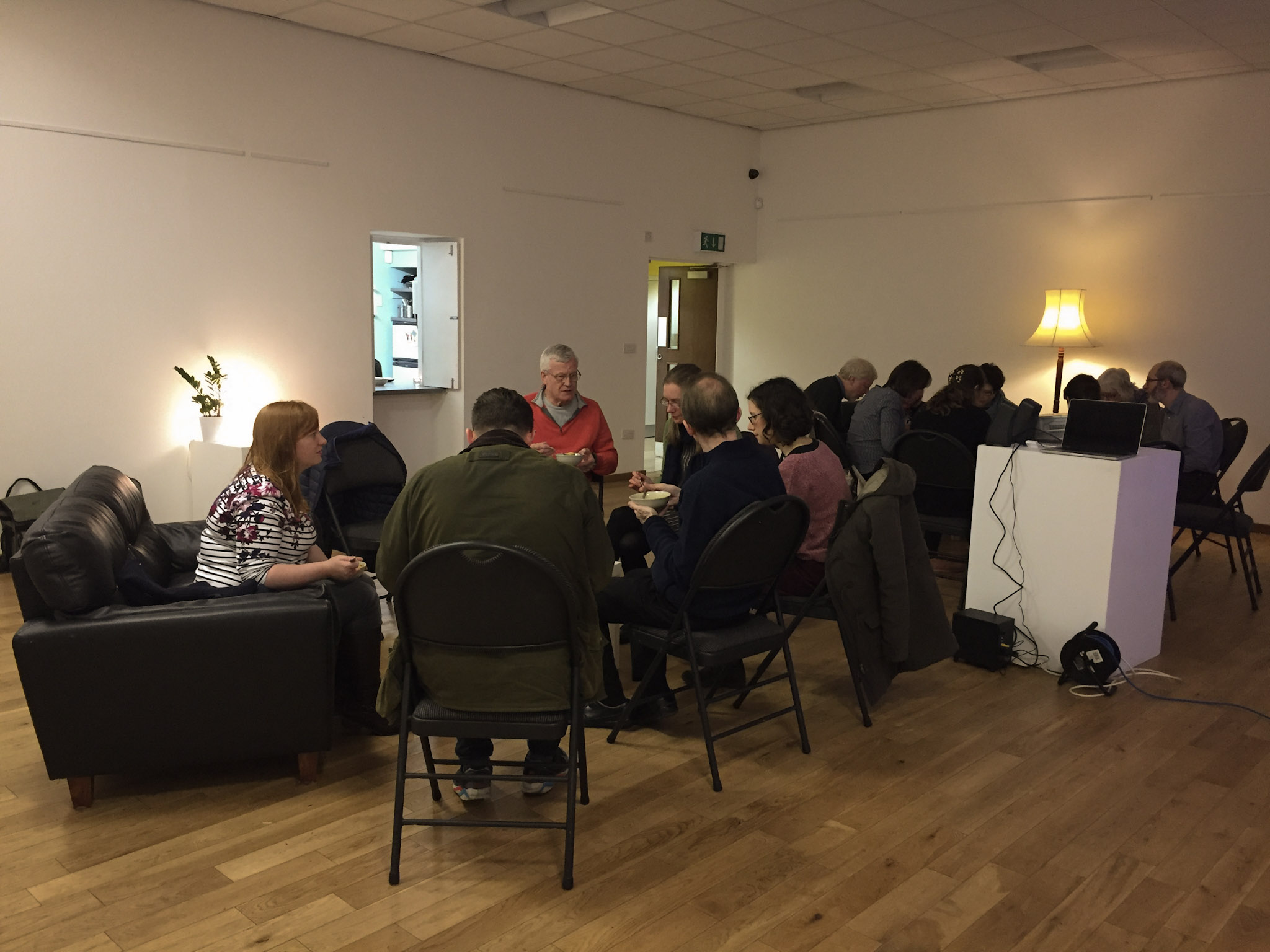 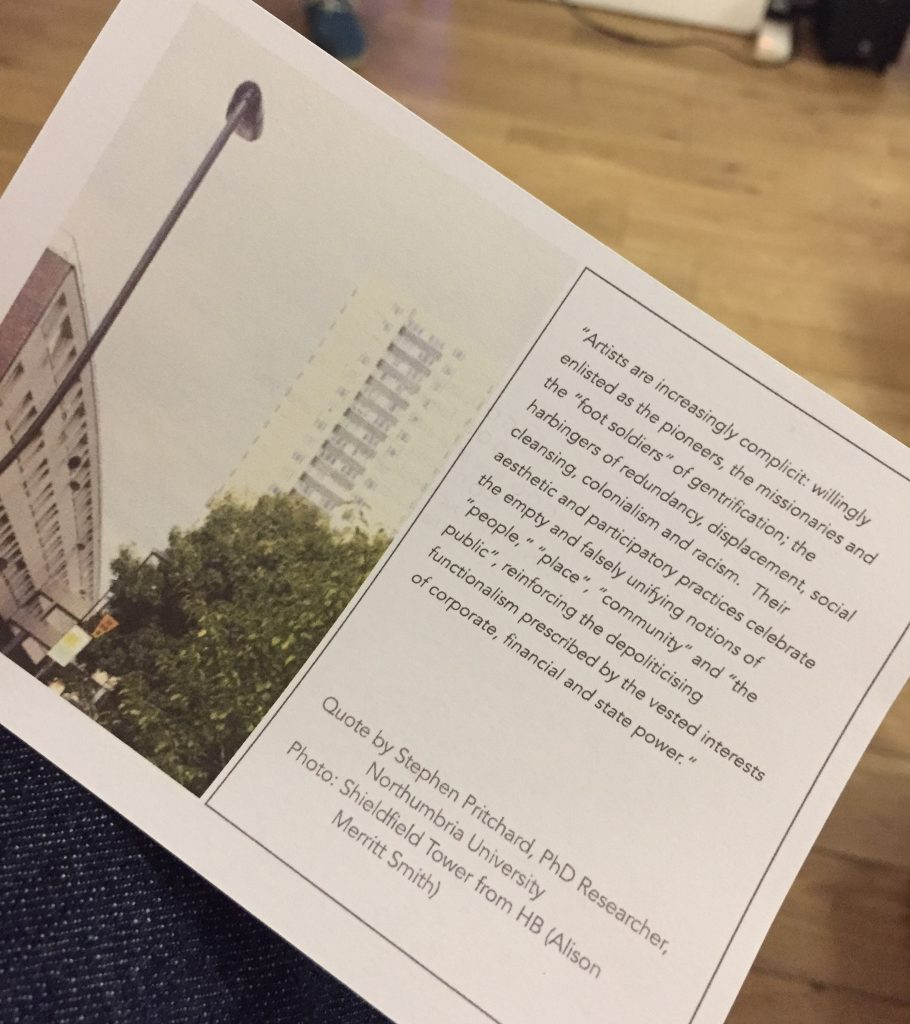 It was great to see some new faces at the meeting and a good challenge that we felt it would be better to do some discussion in two different groups which worked well. After some lovely food, Alison Merritt-Smith opened up a topic for us to discuss. It really centred around a quote saying “Artists are… the “foot soldiers” of gentrification*” and invited us to explore what that might mean and whether and how it might be true.

The discussions surfaced the recognition by most that there was something true about it: we all recognised that development strategies often use the arts as a regeneration tool which can help kick off a process of making some areas ‘cool’ which leads to hipsters and other middle class urbanites to move into an area which also encourages a change in the kind of businesses and amenities offered (coffee shops were mentions as well as ‘artisan beer’). The concern about that, of course, is that it displaces a local community (I found myself remembering some episodes from the New York based television series ‘The Unbreakable Kimmy Schmidt’ where one of the characters goes on a one-woman protest against hipsters invading her neighbourhood) who are priced out and maybe cultured out (my phrase) of the area. So as a means of regeneration it fails because it merely moves the problems of poverty, exclusion and marginalisation to another area but it can give the impression of having made a difference in a way that it has not.

However, the discussion also surfaced an important rider to the critique of gentrification. That comes in the form of noticing that it can be very easy to use a criticism of gentrification in a way that disallows people in local disadvantaged communities from aspiring to a neighbourhood that is more prosperous, safer, more interesting and exciting. We can end up, in effect, saying that they should be left in poverty and marginalisation and continue to have to put up with grime and crime.

So is there a way past this? Perhaps it is that we might recognise that there is nothing necessarily wrong with aspiring to a fuller life. What might be problematic is how this plays out in strategies to develop or redevelop communities. Much of what we noticed about gentrification is really about a neighbourhood having something imposed on it where, in this instance, artists are being used, effectively, to change the character of a place and install the first rungs of a particular kind of ladder. But what if this were part of a process where local people, including artists and others, were able to co-create their own neighbourhood change? What if artists could be co-creative in the redemption and lift of a neighbourhood integrally and holistically with no-one left behind? Can we aspire, work and pray for something like that?

It was fitting in our time together, then to end with an enacted meditation which involved us also recognising the Lenten theme of penitence: were invited to take a piece of sack-cloth (okay, hessian) and customise it in recognition of own complicities in the forces that made for gentrification. I thought, during the time of reflection, of our tendencies to look after number one, to be prepared to sacrifice the interests of others for our own comfort and convenience and to take an “I’m alright, Jack” attitude to life. In these sometimes remarkably understandable impulses, however, lie the seeds of community degeneration and of gentrification. Our challenge from that is to find individually and together, the wisdom to hold our own responsibilities in the context of the common good. And sometimes, perhaps, to find ways to co-create with people we find difficult. Perhaps artists can be the foot soldiers of co-creative community?