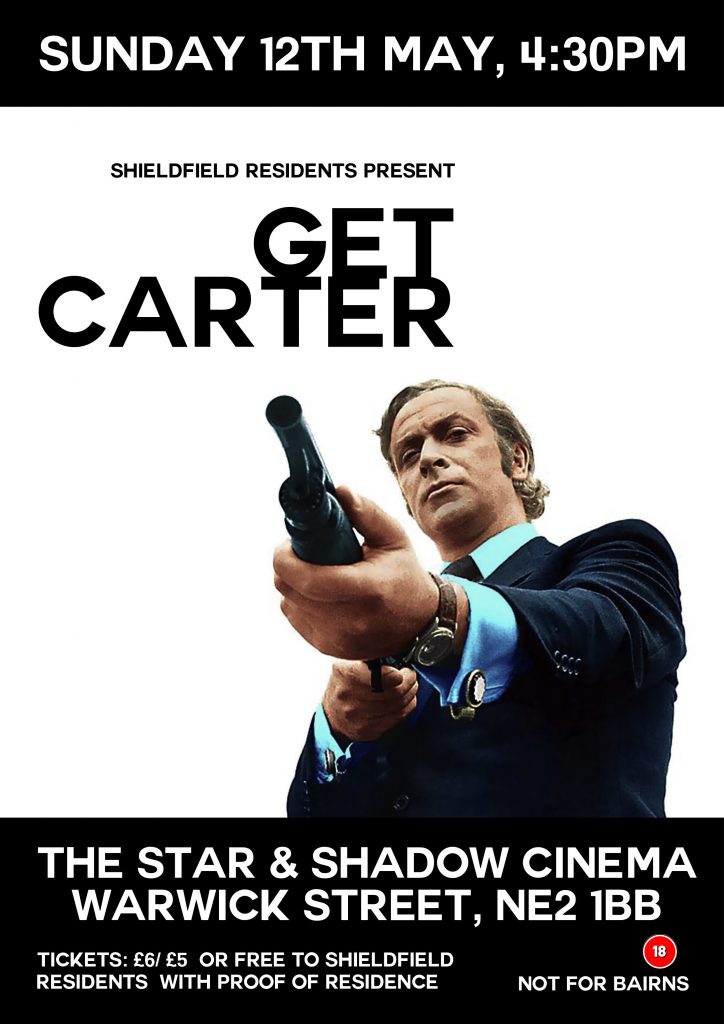 The original gritty 1971 gangster cult classic.
Not the Stallone remake.

WHY? –  well, following the NorthEastEnders celebration screenings at The Star and Shadow Cinema  a bunch of enthused Shieldfield residents (you know who you are) and S&S volunteer (Richard) began a conversation about screening films of their choosing at the cinema. A short list of films were thrown into a hat and the most commonly spoke of was Get Carter: set in a gritty a 1970’s Newcastle upon Tyne.

Get Carter: Michael Caine is London gangster Jack Carter, returning to Newcastle to discover more about the suspicious events surrounding his brother Frank’s supposedly accidental death. Get Carter was 16th on the BFI Top 100 British films of the 20th century; five years later, a survey of British film critics in Total Film magazine chose it as the greatest British film of all time.

WARNING – contains some scenes of a violent and sexual nature that some may find disturbing.