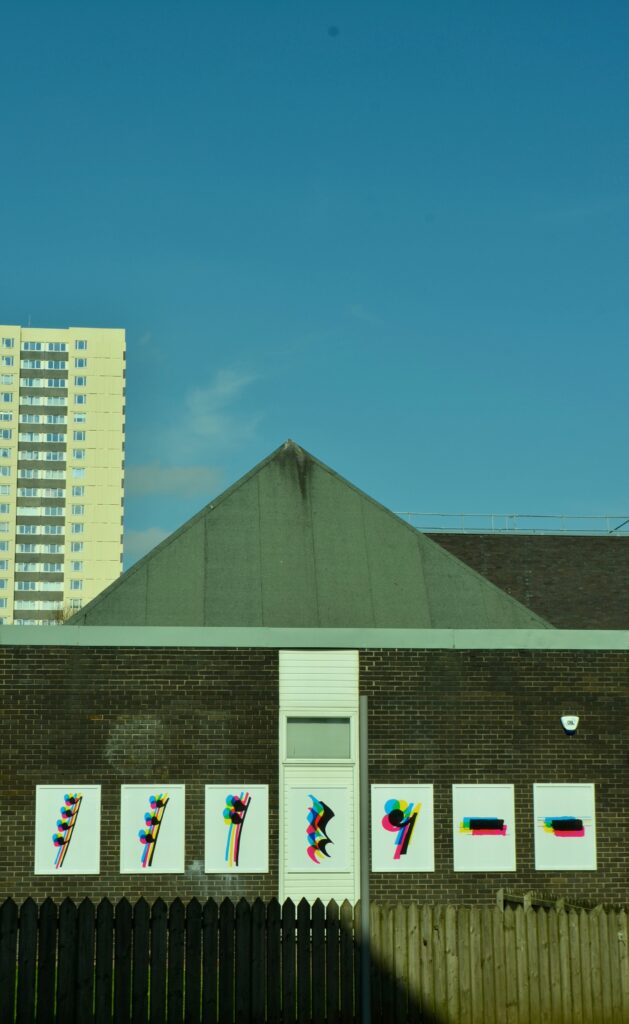 SAW commissioned artist David McCulloch to produce an artwork responding to PROCESS to be displayed in our new outdoor billboard gallery space. Here David explains what informed his work.

I was inspired that the team valued recognition of time taken to review and process what has gone before as an important procedure for their organisation. By making the process of rest an intentional act and part of the programming format, they were avoiding the inevitability of being subsumed only in the business of preparing for the next event. I was delighted to be make an artwork and to help them think through this period of reflection as they aimed to find a balance in their schedule that included both work and rest as equal components.

I wanted to include the voice of the staff as much as I could in my artistic process and asked each member to respond to questions about rest and what energized them on days off. A common response across all the answers I received included the use of music to relax. When considering music my thoughts drifted towards John Cage and his piece Four minutes, thirty-three seconds (4’33”). This is a musical composition for any instrument or combination of instruments, and the score instructs the performers not to play their instruments during the entire duration of the piece. Arguably this might not be regarded as music in the expected sense but for me, the idea of a supposed silence or non-musical sounds were not separate to the work but part of the whole. In music generally, I was aware of rest notes that ranged in length and how each indicated rest note provided a vital interval of silence in a musical score. Rest notes are an integral part of the whole and a moment of silence allows us to hear or listen to what else is happening. The silence in John Cage’s piece reinforced the other sounds that were happening in the process – sounds of the audience coughing or moving in their seats – sounds that could easily be unconsidered in the noise and hubbub of instrumental activity.

For the visuals, I asked each staff member to draw me a range of rest notes in their own handwriting. From those, I selected one note from each of them to use in the final series of seven ranging from ‘1/64 rest’ to ‘whole rest’. In the final artwork I deliberately offset the colour alignment so that each rest note was inaccurately registered and looked out of sync or ‘out of tune’. Visually, I intended for the personal handwritten form of rest notes to serve as signifiers and reminders to the staff that I affirm their value of including rest and reflection as part of their on-going programming. I want to support a precision of intention in their programming that will ensure those intervals of silence are aligned to make the process of rest a complete whole.