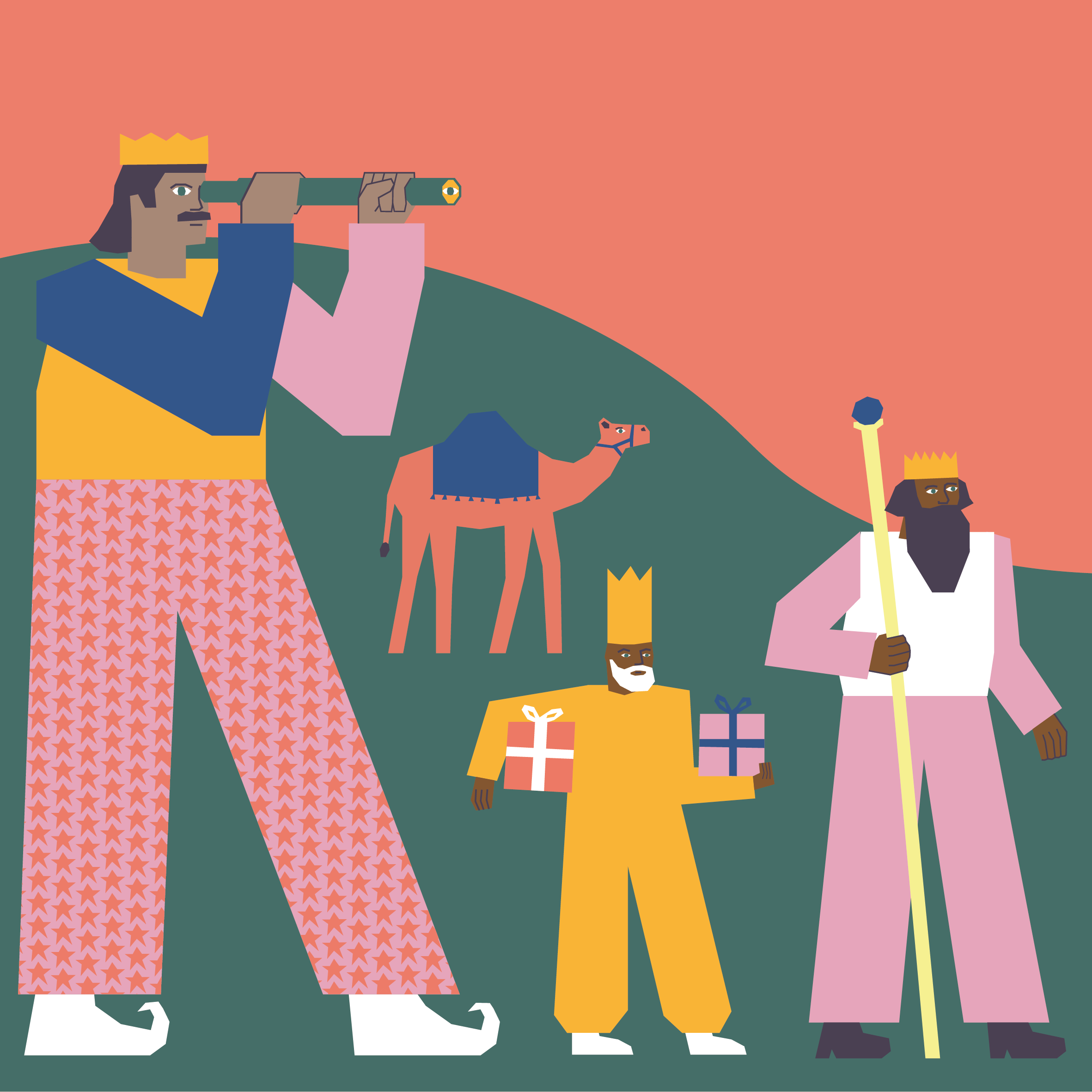 ‘I was looking for what was looking for me’ is a line from the song 2009 by the late rapper Mac Miller. It’s a line that I’m personally quite fond of, I feel that there’s a lot in it for just a few words. Perhaps it’s just because it’s a bit vague and quite poetical but I do admire it’s strange pertinency. It’s a line that I couldn’t help coming back to as I was planning this Christmas blog post, the Nativity certainly involves a lot of people searching for things.

The Magi most particularly are some very diligent seekers. They searched the stars for a sign, and when they found it they searched Jerusalem for a king, when he wasn’t in the palace they searched the small town of Bethlehem. The question I’m tempted to ask though is did they find what they were looking for?

Certainly they didn’t find what they were expecting. They asked Herod about the birth of a king because they assumed it would be common knowledge, proclaimed through official channels to the masses. In fact the heavenly heralds had so far only seen fit to enlighten a few gregarious shepherds. The royal household turned out to be a young, working class, northern couple- a teen mum and a father who (despite being a carpenter) was forced to repurpose an animal’s feeding tray for his child’s crib.  Their throne room was a stable, and the courtiers were farm animals. It was a sorry sight.

And yet they bowed down and worshipped him. I think this must have been a humbling introduction to Jahweh, the God who had guided them there. A God who didn’t care about the wealth of wisdom; a God who bypassed colonial power structures; a God who fills the hungry with good things but sends the rich away empty. A king who had travelled much further than they had, and who had been looking for them much longer than they had been looking for him.

Immanuel – God with us, is what the Magi found, and they were in awe. They thought they were coming to God but he was coming to them. This is what we celebrate at Christmas, that God came to find us in our messy human lives. He snuggled in amongst the shepherds and carpenters and refused to leave until he’d sorted the whole thing out. So then to us, what does this mean? I guess it’s a call to search, to search for God, to search in places where no one would expect, and in searching to expect to be found. And to the memory Mac Miller what can we say? The song 2009 was written during a briefly hopeful period within Miller’s long battle against depression and addiction. He fatally overdosed in 2016. Amongst it all though I still hold a small hope that maybe he found what was looking for him before the end.