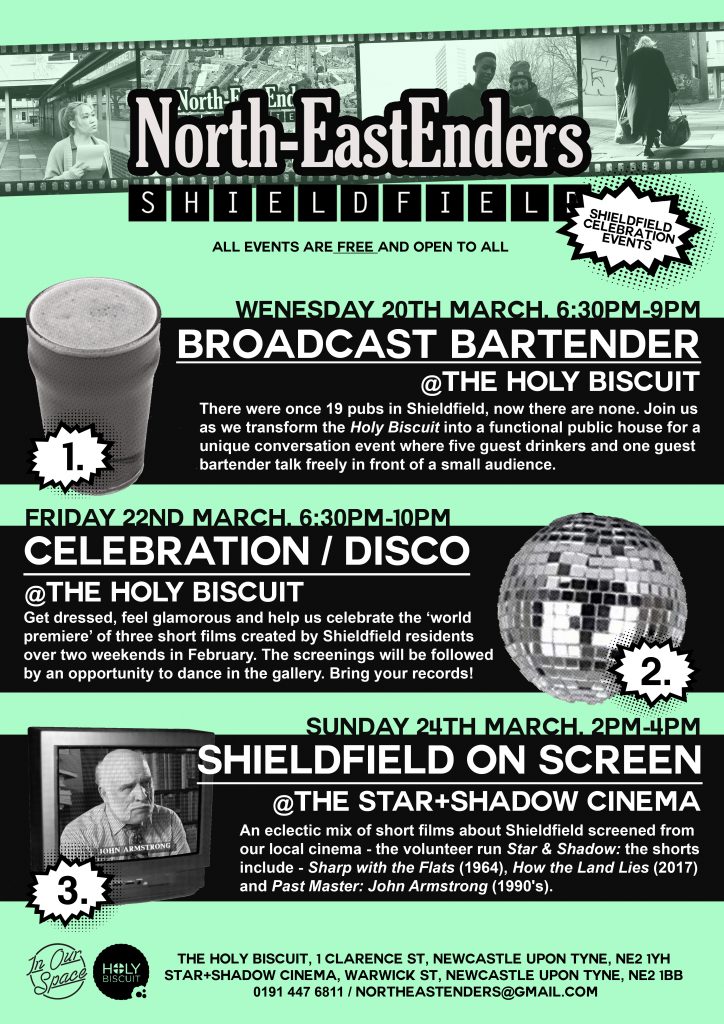 There were once 19 pubs in Shieldfield, now there are none. We transformed the Holy Biscuit into a functional public house for a unique conversation event where five guest drinkers and one guest bartender talked freely in front of a small audience.

We got dressed, felt glamorous and celebrated the ‘world premiere’ of three short films created by Shieldfield residents over two weekends in February. The screenings were followed by an opportunity to dance in the gallery. People even brought their records!

Shieldfield on the Screen

An eclectic mix of short films about Shieldfield screened from our local cinema – the volunteer run Star & Shadow: the shorts included – Sharp with the Flats (1964), How the Land Lies (2017) and Past Master: John Armstrong (1990s).

North-EastEnders is a part of ‘in our space’: a celebration of art work by communities, artists and students from across Newcastle, produced as part of Newcastle Art Team’s 2018/19 artist in residence and arts connect programmes.