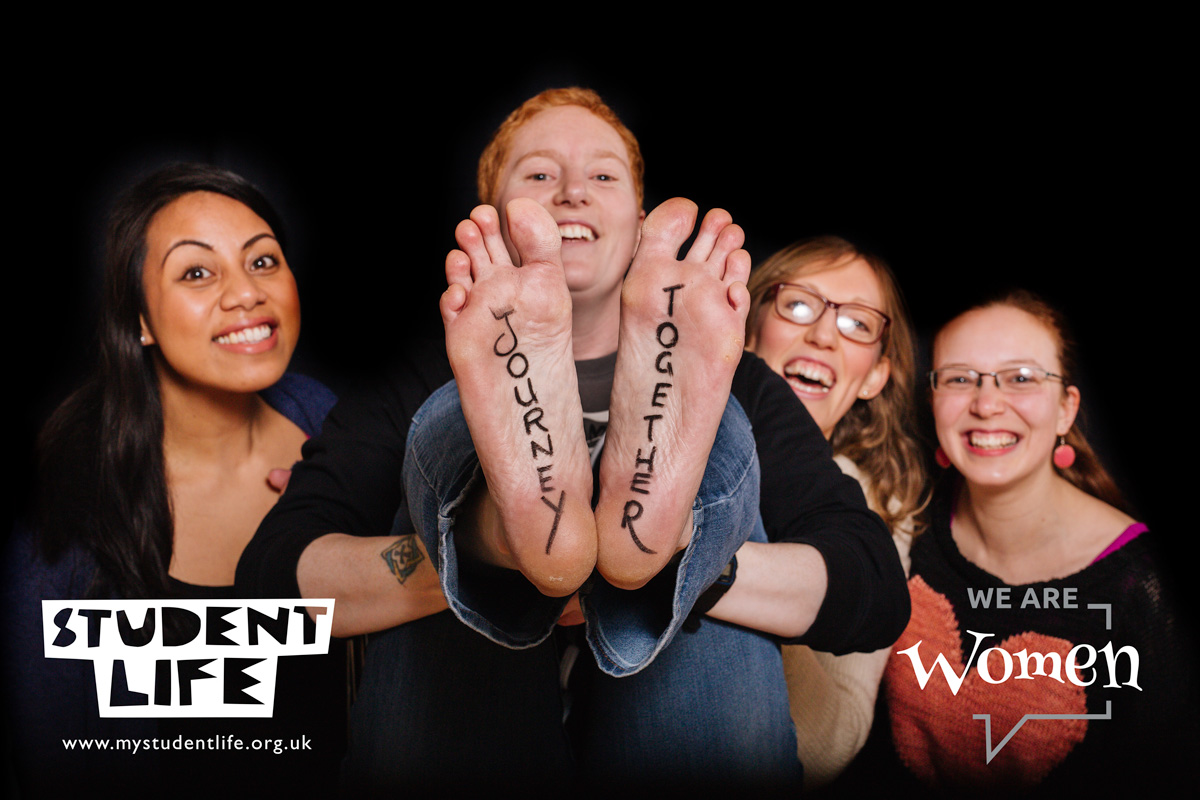 Exhibition Extras
What would your message be?
8th February 2016 By Shieldfield Art Works (SAW)
1

We at the Holy Biscuit are delighted to be working with Student Life at Northumbria on the We Are Women project. In this blog post, Anne Witton from Student Life shares some thoughts on the inspiration behind this great project, ahead of the exhibition’s official launch this week.

At the heart of the Christian faith is the belief that women, like men, bear the stamp of God’s own image – and that men and women were created equal. Far from degrading women, the Christian faith promotes feminine freedom, dignity, and honour. The Bible tells us that true feminine beauty is not about external adornment, rather, it comes from our inner selves.

The Bible is revolutionary. And there is no clearer demonstration than what it teaches about genuine femininity.

In Biblical times women in pagan societies were often treated like animals. Well-known Greek philosophers taught that women were inferior and the Roman empire usually regarded women as the personal possessions of their husbands or fathers.

Our modern society expounds the freedom of women. But are we really free? Pornography treats women like objects, and across the world women are victims of trafficking for sexual slavery.

Contrast all this with the Bible. Rather than being outdated and oppressive, the Bible exalts women against cultures that distort, degrade, and debase them. The Bible does teach that men and women have different roles to play. Yet women are not marginalised or given second-class status. Rather, the Bible celebrates the intellect, talents and abilities of women – and that’s what We Are Women seeks to do too.

We Are Women aims to empower women to creatively explore, express and celebrate who they are through a photo project and discussion groups. As part of the project it asks women “what is your message to other women?” Participants are then photographed with their message written on their bodies. You can see the results at a special exhibition at The Holy Biscuit, 11 – 20 February. Each message is personal, powerful and tells a unique story. In addition, if you come to the launch on 10 February (women only), we’ll be welcoming some of the women to tell us the story behind their message and what inspired them to speak out.