Home is an unlocked door – an evening with Sam Slatcher 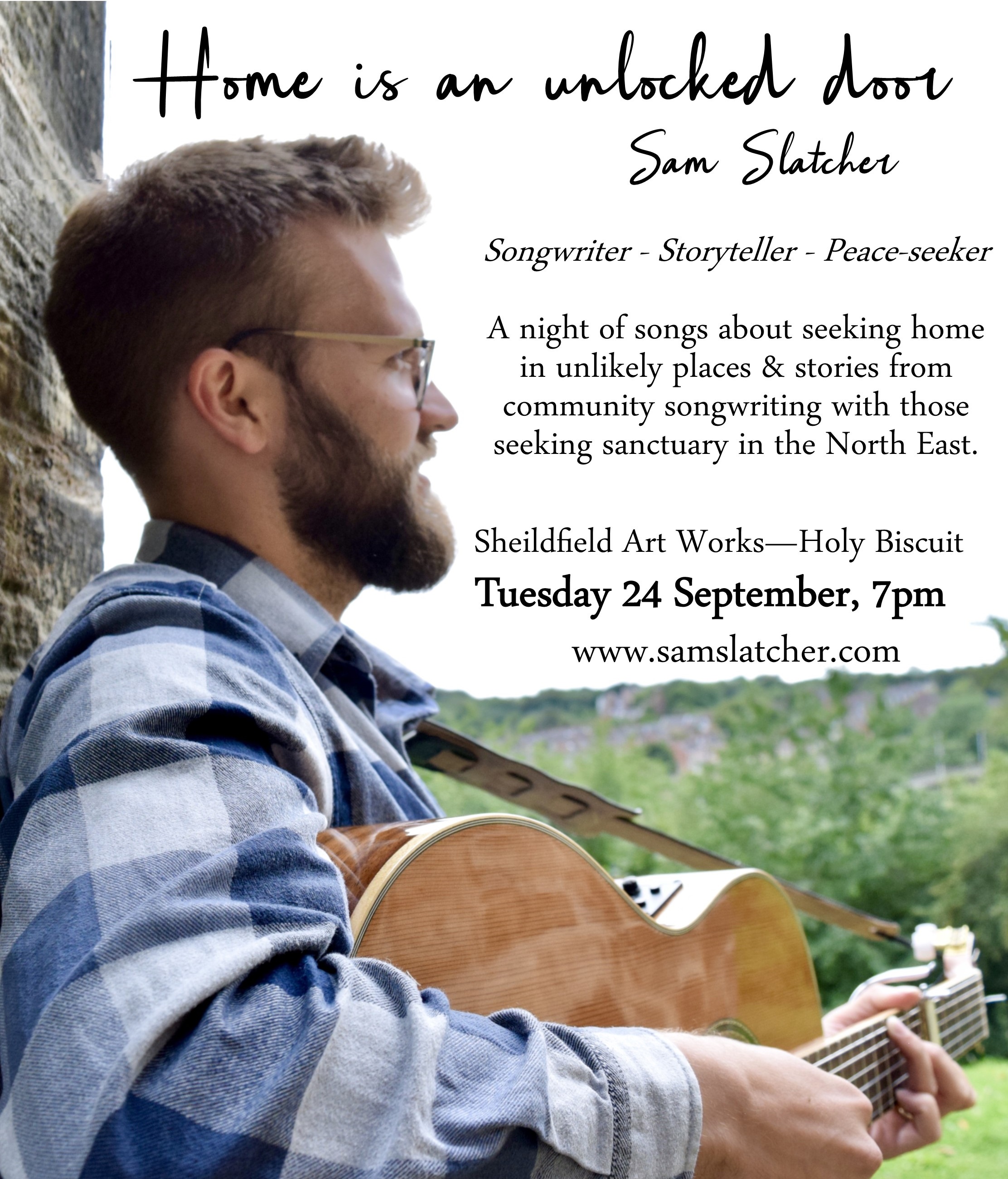 Organised as part of Mixing Bowl  |  Tuesday 24 September, 6.30 – 8.30pmA night of songs about seeking home in unlikely places and stories from community songwriting with those seeking sanctuary in the North East. There will be food provided.Sam Slatcher is a folk singer-songwriter living in Durham, North East England. His honest and reflective songwriting, delivered with a calming and delicate voice captures the warmth of humanity and a longing for peace and justice. To date, Sam has released a debut EP ‘In Unlikely Places (April 2018) as well as curated the project Stories of Sanctuary that brings together refugees and other residents of Co. Durham, including the release of a critically acclaimed album ‘Stories of Sanctuary’ featuring National Syrian Orchestra’s Raghad Haddad (November 2018). Sam frequently performs across Northern England and sings and plays guitar, piano and bouzouki.  You can find a sample of Sam’s songs at www.samslatcher.com and follow his musical projects on Facebook (@SamSlatcherMusic), his ramblings on Twitter (@Sam_Slatcher) and his attempted digital storytelling at Instagram (@SamSlatchermusic)!“One of the finest up and coming singer-songwriters in the region”THE CRACK Magazine“Honest and reflective acoustic folk is rooted in the region”NARC Magazine“The deftness of collaboration is the most striking element, bringing forth the voices of those who are often overlooked and unheard through music” Songlines“Timely, emotional and beautiful” Sean Cooney, The Young’uns