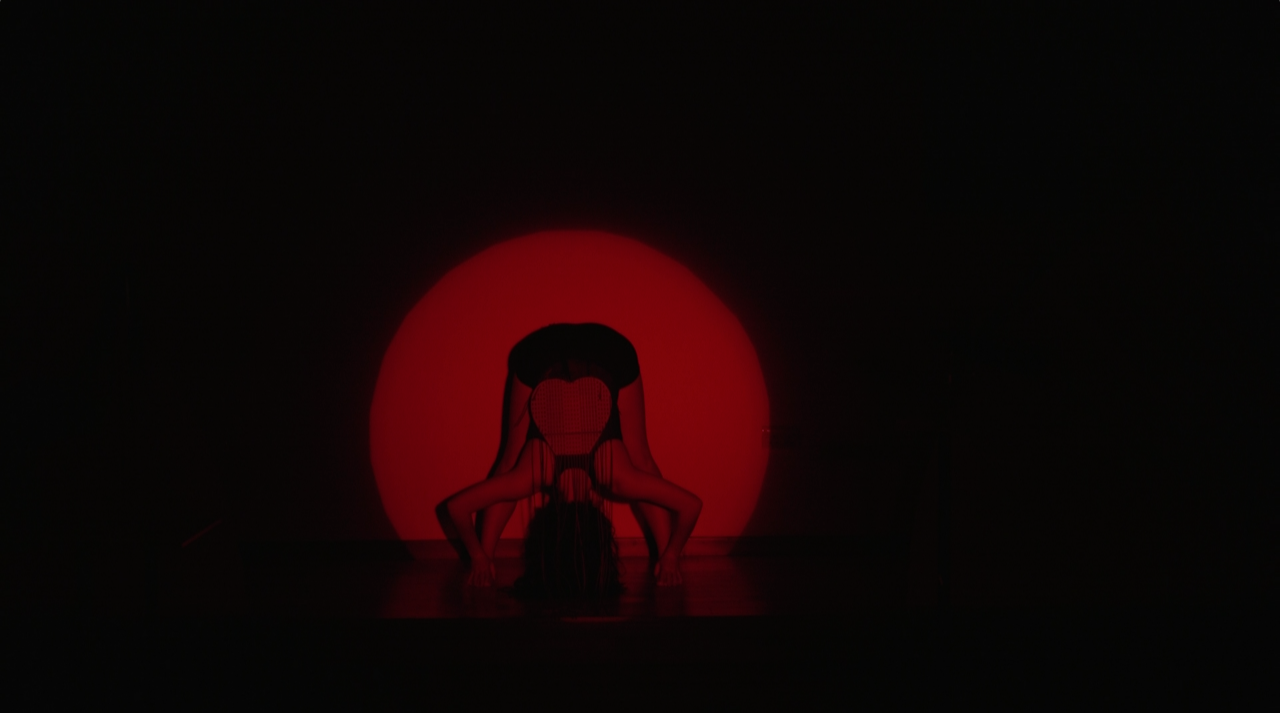 by Alison Merritt Smith, Director of Programme and Development

The group’s collective work profoundly grapples not just with navigating life after art school and establishing themselves in the often complex and confusing world of the contemporary art scene but of balancing and wrestling with the other aspects of women’s lived experience, whether that is general employment and labour, relationships, sexuality, gender identity as well as emotional, cultural and social history.

For Holy Biscuit as an arts organisation with a Christian (and Methodist) foundation the work also highlights some important theological questions particularly in relation to social justice and the equality and dignity of women, questions of sexuality as well as the identity of God’s self. In this short essay, I will attempt to draw out some of these theological themes which are brought attention to in this exhibition of brave, brilliant and bold collection of new work. Please note that these are just one of the many interpretations which might be brought to this work and I encourage you to be open to hearing the diversity of possibilities that this work presents.

In their group statement I am struck by the way in which each of the artists are wrestling with the late modern neoliberal malaise of work, success and finance. Through this, we are led to consider the connected questions of gender and sexuality and how they relate to to issues of labour, work and the market but also to wider questions of representations of female experience.

In Abbott’s work we see an expression of the frustration of the never-ending cycle of the commodification of women’s bodies and misogynistic control of women’s expression of their sexuality and individuality. Abbott draws this out particularly within the context of advertising and the media. Dominated by (Mad) men, this industry perpetuates an often patronising and ‘silly’ view of women and their desires which is further perpetuated by the stereotyping of products produced, portraying women’s concerns as purely physical and momentary. This links questions of the state of women’s mental health in relation to their gender identity and sexuality and the grating background of materialism, perfectionism and self doubt that pervades the psyche of much of women’s experience.

Aspects of Christian theology have been, for many obvious reasons, complicit in perpetuating the patriarchal structures as seen for example in the misogynistic interpretations of biblical texts, the maleness of church hierarchy and colonial history. However, there are still perhaps some possibilities for hope and redemption against the alienating and fragmenting force that is neoliberal ideology for women and their identity. Many theologians draw on liberation, black and feminist theology to critique the neoliberal core values of rampant individualism, unrestricted competition and social distrust.  Drawing on Jesus’ teachings and the non-hierarchical practices of the early church, they offer a politics of hope, replacing the voice of the powerful with the voice of the poor and placing grassroots theological reflection and the practice of love, dignity and justice at the heart of social, political and spiritual organisation.

In McBrearty’s drawings we are invited to engage with the problem and oft inadequacy of language to communicate real meaning and authentic human experience. This raises interesting philosophical questions about the frustrations and incompleteness that we encounter in many aspects of our lives, something which Christians refer to as the ‘lacking’ or fragmented experience of reality. The importance of acknowledging this reality is central to the theological process of recognising that something is still not quite right with the world and that there is a profound need for renewal and restoration of some kind, something Christians believe is found in the person and work of Christ.

It also alerts us to the patriarchal phallocentrism and logocentrism of language and the inadequacy of purely rationalistic language to communicate reality and authentic human experience. This is something which theology has also suffered in purely communicating the identity of Jesus as the Logos (source of all reason and being).  In response to this, feminist theologians have been to keen to recover the idea of Wisdom (Sophia) in God-Talk, both in the identity of Jesus and in the The Holy Spirit.  As an aspect of God which is feminine, Sophia seeks to challenge a purely rationalistic of God’s self and to explore other aspects of God’s identity which is not dominated by patriarchal interpretations. This emphasis, of course, has profound consequences for theological reflection and practice.

Fleming’s work and her Shrine to Femininity is a bright and bold work which examines the representations of the clitoris both in art and in society. Fleming calls upon us to honestly scrutinise how this particular aspect of women’s physicality has been continually subjugated or ignored in both secular and religious contexts and invites us to celebrate, memorialise and honour this small but powerful part of women’s sexuality.

For Christians, the clitoris should not just be celebrated and honoured in itself but also provides evidence for the goodness of a creator God and challenges dominant aspects of traditional church teaching which has placed sexuality and reproduction as fundamentally inseparable. As Catholic theologian Tina Beattie states “Only the female body has been designed by God with an organ dedicated to exquisite sexual pleasure alone.” The existence of the ciltoris for many feminist theologians profoundly challenges the idea that God’s creation of sexuality is purely instrumental. As former Archbishop of Canterbury Rowan Williams proposes:

It puts the question which is also raised for some kinds of moralist by the existence of the clitoris in women; something whose function is joy. lf the creator were quite so instrumentalist in “his” attitude to sexuality, these hints of prodigality and redundancy in the way the whole thing works might cause us to worry about whether he was, after all, in full rational control of it. But if God made us for joy… ?

To conclude, as we encounter these works which are layered with depth, with wit and with beauty, I encourage you –  people of all faiths and none, male or female (or none) – to be open to how these artists have interpreted what they are observing in the world. Any good art work must always be in dialogue with its audience and we invite you to start a conversation with the artists, with their work and with others – hopefully leading to a deeper understanding of ourselves, each other, society and perhaps even, God.

Hiatus is supported by The Holy Biscuit as part of our desire to encourage and help develop the work of emerging artists in the North East. HB supports artists and creative practitioners from all disciplines through providing exhibition and volunteering opportunities throughout the year.