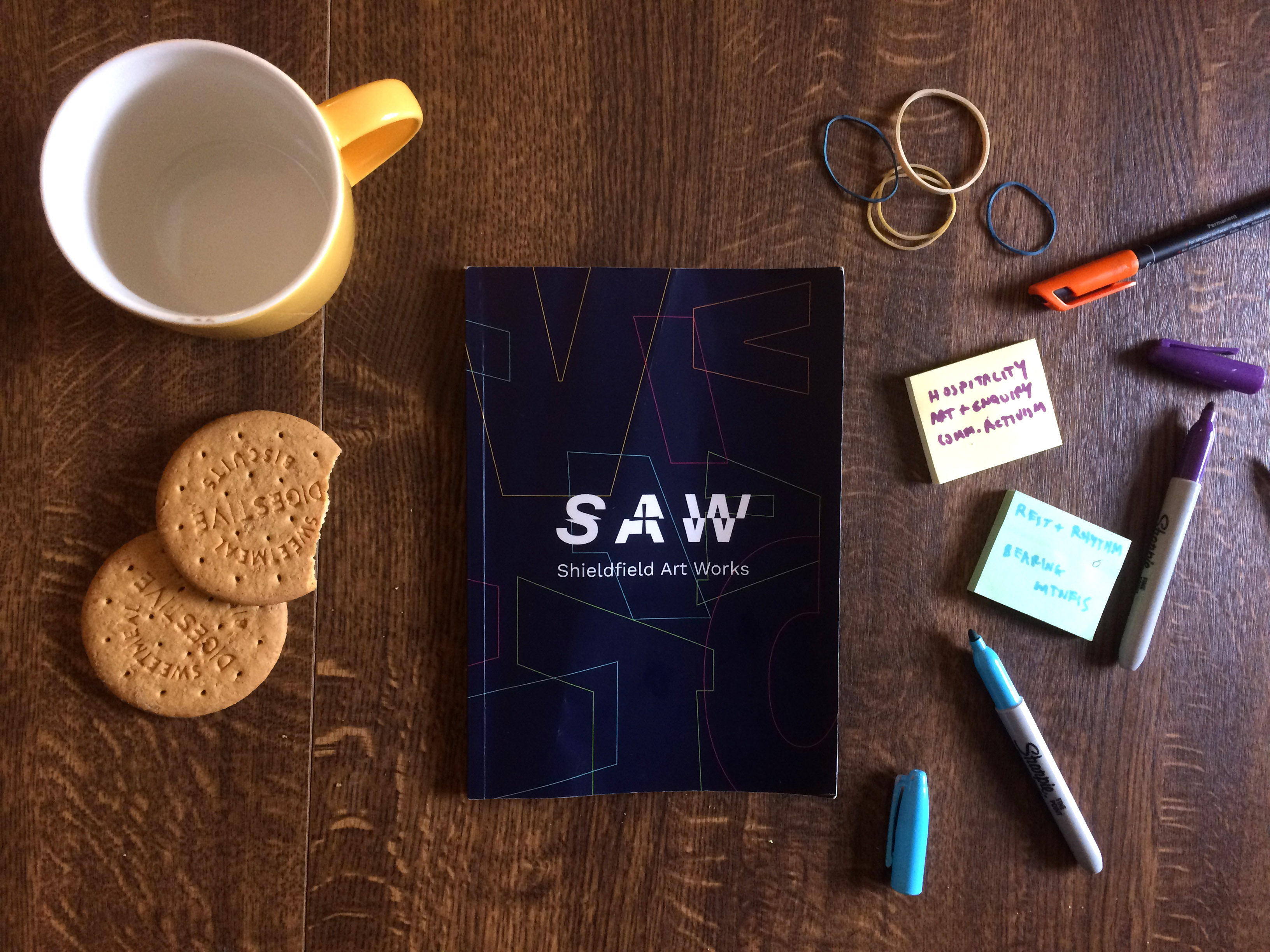 In 2019 SAW released a publication. The publication was the outcome of many months of self reflection and careful consideration, within it’s pages we sought to explore and explain what SAW is, what it has been, and what it aims to be as an organisation. There are several essays within it that explore different aspects of our thinking and practise- here is one of them.

Writer Henri Nouwen also describes the contemporary understanding of hospitality as conjuring up images of “tea parties, bland conversation, and an atmosphere of cosiness.” The idea of entertaining family and friends, people you know and like, and people you know and aren’t so keen on, is a familiar experience. The endured polite conversation and created convivial atmosphere, may be closer to the understanding of the hospitality industry where the care and attention offered may be linked to the price one is willing to pay.

This is the antithesis of the ancient understanding of hospitality we see in the Hebrew scriptures. People who were travellers and sojourners in a foreign land learnt the vulnerability of depending on the kindness of strangers. So the practice of welcoming any and every one in need became a fundamental practice of the community. What you had was shared, the guest was always welcomed, and it was both an obligation and an honour to offer hospitality. The particular emphasis of hospitality being not to friends but to strangers became a cornerstone of the earliest Christian communities. So when religious communities developed these became places that welcomed all. The Sanctuary Knocker on a Cathedral door is a testimony to the openness of Christian hospitality. Even to those who had broken the law, sanctuary was offered.

Hospitality involves opening up space to welcome a stranger as a friend. Offering food and drink, shelter, entertainment, or a listening ear are all gestures of hospitality through which common bonds are explored and new experiences become possible. In a society built on depersonalised transactions, where precarious work puts individuals in constant competition, and where successful living is the concern of the self rather than a collective goal, it feels increasingly urgent to revisit communal relationships and restore our understanding of true hospitality.

HOST was a project that made us ask,what does hospitality mean for us? How do we question our own power and privilege as an organisation? What does it mean to be in a position of power and authority whilst also allowing ourselves to be guests or co-hosts or something more interchangeable. What does it mean to offer physical hospitality but also foster emotional, intellectual, theological and philosophical hospitality with those who disagree with us?