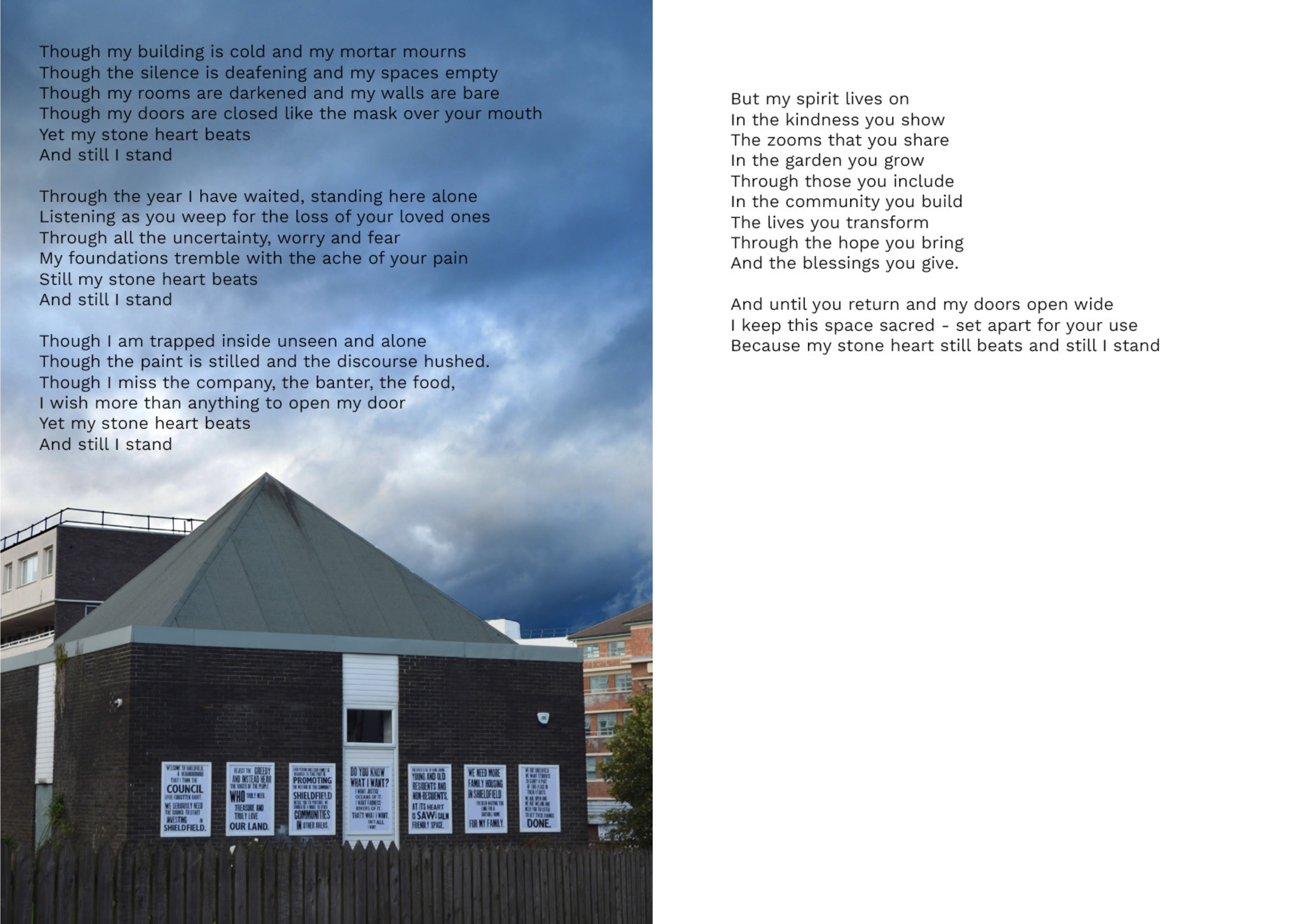 Before Easter we were waiting, in the darkness – recognising that it can be a difficult place to be – waiting for  Sunday – hoping. In John’s account of the resurrection we begin in darkness and tears….

Early in the morning, while it was still dark…..

It is a tentative beginning which begins in darkness, in the darkness and in the cold of the tomb……….  And we stay with the darkness – no sunrise – no dawning of light – just darkness – no triumphant bursting onto the scene like some screen superhero. It is a slow dawning of the light metaphorically as well as in reality.  It begins with darkness – darkness and the kind of stillness only tragedy brings,

a sense of being disconnected from things

a sense of unreality, an inability to comprehend the enormity

a sense of wondering how the world can possibly go on as if nothing has happened?

It begins with darkness and stillness and sorrow and it also begins tied inexorably to the events of the two days  before because it begins at a tomb, a graveside. What has happened is why we are here – with tears in the  darkness. It’s where the world ended and it’s where it will begin.

The middle of this Easter is confusion and running

Mary runs to Peter and John

They all run back to the tomb

It seems to me like a lot of hard work – running here and there a frantic desperate kind of action which mirrors  the kind of turmoil that starts to hit you in the middle of something awful – what can we do? Frenetic activity  fills up available thinking time when our minds are reeling with the impact – shall I make a cup of tea……  And when we realise we can do nothing – what then? The disciples re-act in different ways  The ‘other’ disciple stays outside unable to go in initially.

Peter goes inside to see for himself.

Mary is the only one who offers any explanation of the missing body.

The other disciple then goes into the tomb – and believes.. …… Believes what? – not I think that Jesus had risen, but the truth of what Mary was telling them – Jesus body had gone. Belief in what could be comprehended – that Jesus body was not there. And when they realised they can do nothing? They go back  to their homes – what else is there to do? and suddenly the story is bit flat, a bit deflated, after all the panic  and the rushing – they go home. They choose to go back to the place where they feel safe. Where they can try  and make sense of things in familiar surroundings. Sometimes we need to do that when tragedy strikes, we need the comfort of familiar patterns, people and places to provide us with stability while the world tilts around  us.

Mary, however, chooses to stay, refusing to acknowledge that there is nothing she can do. She stays –  weeping and ready to face whatever happens next because it cannot be worse than not knowing what has  happened. After all the frenetic activity there is more waiting, and weeping. And then she sees the angels – except she doesn’t know who they are. The angels speak first – they ask a question. They ask the same question Jesus asks

“Why are you weeping?”

We need to be able to name the things which have caused us pain and suffering – to lament what has been  lost, to gain some kind of closure in order to move on. We have all had so much to weep about over the last  year – the loss of loved ones, of jobs, homes, incomes, of many of the places which help sustain us…

For Mary whoever took Jesus’ body has taken away her possibility of closure – of making sure that she had done the very best she could for the one she loved, even in death. This underlines how important it is for us to  have an ending in order to move forward – to see a thing through to the end, to know what happened, to make sense of the story, to see for ourselves again the awful truth – that the one we loved is gone.

Mary stands outside the tomb caught between death and resurrection, and unable to comprehend either.  Until she hears her name – spoken in a familiar voice – by one she never expected to see again –   “Mary…”

A word spoken in gentleness, not as a theological debate, not a clever argument, not a proclamation … in the  simple calling of a name signifying the intimacy of personal relationship… the one word which says  everything, which acknowledges everything she has done and been through which says:

“ I know you, I know all that has gone into the creation of that name – of the person you are – Mary. I know how you have wept and waited, I know the sorrow and grief and pain – Mary.”

I can celebrate an Easter which is earthy and real, which begins in darkness – metaphorical or real in the depths of the earth, which begins in the raw emotions of sorrow and grief – which brings wholeness – but still carries the scars of the cost of life, because that kind of Easter I can hold even in the dark places. I can celebrate the kind of Easter which begins in a seemingly insignificant moment in an unexpected place in the speaking of a name… Because this is not an Easter which requires me to smile, be jolly, put a brave face on it – this is an Easter that begins with my pain and slowly but surely draws me out of my sorrow, out of the darkness and into the gentle light of the new dawn.