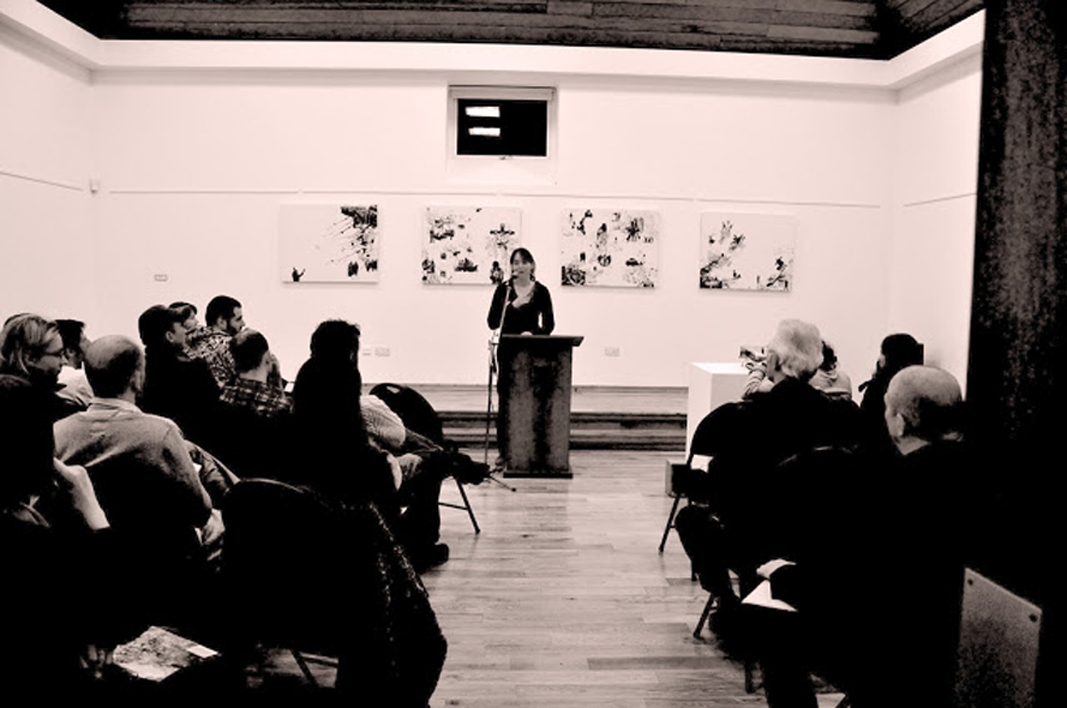 At the heart of The Holy Biscuit is a commitment to understanding the truth and impact of the Christian faith, not just in our work but in every fibre of our being. To be committed to the pursuit of truth is to be committed to all aspects of human existence and reality – the political, social, spiritual and emotional. Additionally we believe it means being engaged with other’s views; as we see artists of all faiths and none wrestle with the idea of truth, both expressing and questioning God’s goodness, we are compelled to listen to what is being said, affirm exploration and point to where we find our meaning and hope.

In our postmodern world, the idea of truth is tricky. Philosopher of art, Adrienne Chaplin has helped The Holy Biscuit team understand what Truth in Art might mean for us and its relation to Christian truth:

“What is truth?” asked Pilate when questioning Jesus in court. (The word truth is translated in Greek as ‘aletheia’). It’s not entirely clear what prompted Pilate’s question. Was he genuinely interested in knowing the answer or was he just ironic? Since Pilate the question has vexed many thinkers. There is a long history of theories of truth each competing with each other for cleverness and plausibility. Most of them are particularly concerned with the exact relation between what we say about the world – our verbal propositions – and the so-called ‘world itself.’

The philosopher Heidegger approaches the question differently. Breaking up the Greek ‘a-letheia’ into its prefix ‘a’ (meaning a negation, as in ‘a-political’) and ‘letheia’ (meaning ‘to cover’ or ‘conceal, ’ as in ‘latent’), he explains truth not in terms of a correspondence between language and the world, but in terms of its power to un-cover or un-veil. Truth, whether in philosophy, science or religion, is the dis-closure of something that was previously concealed.

At the end of the Passover meal and before he was led away to be questioned by Pilate, Jesus spoke the memorable words: “I am the way, the truth (aletheia), and the life.’ (John 14:6). As the embodied truth Jesus can thus be seen to ‘disclose’ or ‘reveal’ his Father.

As lovers of truth, artists, too, are practitioners of disclosure. They disclose aspects of the world that were previously hidden and concealed. They articulate subtle sensations and feelings that remain otherwise unnoticed. Artists tap into the deep reservoir of human experiences that are too complex or nuanced to be put into plain language, yet profoundly shape the way we look at the world, ourselves, and at God. Art, as a form of imaginative disclosure, opens up worlds not previously known.

Photograph: ’Recreation’ was a conference at The Holy Biscuit in partnership with Morphe in 2012. Through workshops and discussions we explored ideas of truth, faith and the creative process.

Adrienne Dengerink Chaplin is an art historian and philosopher of art based in Cambridge. She co-authored ‘Art and Soul: Signposts for Christians in the Arts’. She is a member of The Holy Biscuit Advisory Group.